The following appeared two weeks ago in a gilyon called “מבאר רבותינו”, a weekly paper that is primarily focused on סיפורי צדיקים. (I couldn't properly load the picture to get a good look, click on the picture.) 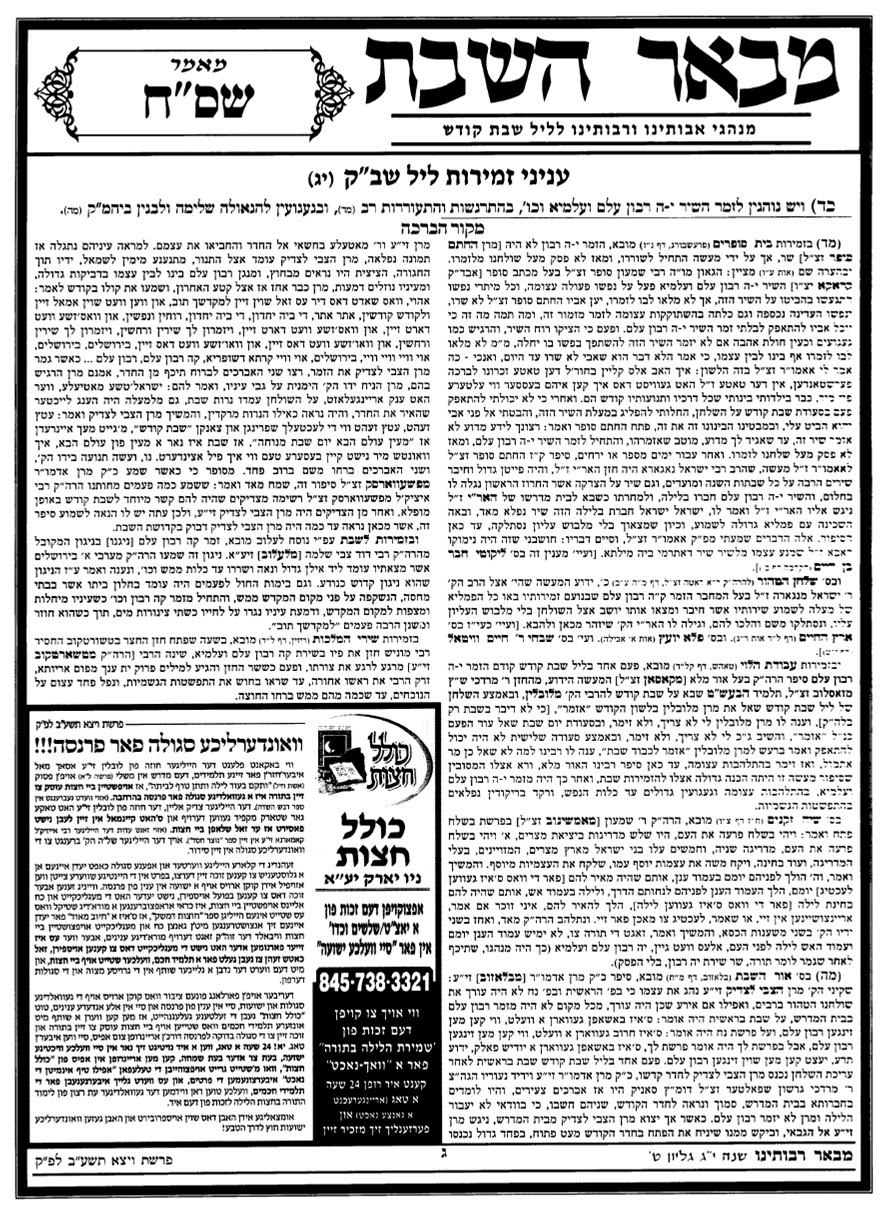 This column is about rituals and minhagim for Friday night and their sources. This week the topic is the famous zemer Koh Ribon Olam, composed by the-not-so-famous R. Israel Najara. The first footnote starts out with an innocent story about the Chasam Sofer. The story goes something like this: The Chasam Sofer never used to recite/sing Koh Ribon Olam on Friday nights. His son, the Ksav Sofer very much wanted to sing this song. But he couldn't. The reason he couldn't was that he didn't dare do anything different than his father. Once, when eating at his father on a Friday night, he started talking to his father about the beauty of this zemer and how nice and holy it is. The Chasam Sofer got the hint, and told his son: "I would rather recite the zemer than tell why why I wouldn't recite it". Since then, the Chasam Sofer recited it weekly. A few weeks or months later, the Chasam Sofer told his son the following story: the author of the zemer, R. Israel Najara served as  the Chazzan of R. Isaac Luria, a.k.a the Ari Zal. The morning after Najara composed Koh Ribon Olam, the Ari Zal told him that yesterday night, while he was composing the wonderful zemer, the Shcinah together with the Pamalya Shel Ma'aleh came to visit him, but when they arrived, they saw that he was sitting [at his Shabbos table], lo and behold, without wearing a jacket! That was presumably disgraceful, because the story goes that at the sight of a jacket-less Najara, the Shechina and the pamalya turned around and left. Later, the Ksav Sofer hypothesized that this was actually the reason why the Chasam Sofer never really wanted to recite the zemer. 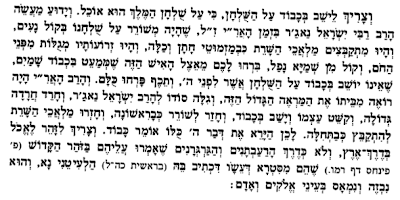 But then the author adds a cryptic reference, namely, שבחי ר' חיים ויטאל p. 19. Why is this cryptic? Because in Shivchei R. Chaim Vital, Najara's name is not even mentioned. You can see the referenced page here. So what can this mean?

The answer is that the sefer Shivchei R. Chaim Vital is actually a censored and shortened book. The original, uncensored book is called Sefer Hachizyonos and was published by Mossad Harav Kook but was then recalled in face of wide protest over the publication of the book (lead in part by R. Reuven Margolios who claimed that the sefer is a forgery). As Dan Rabinowitz reported some years ago on his blog, the original manuscript of the sefer was lost, but fortunately we have copies of it. And compared to different writings of R. Chaim Vital, this is most definitely his work.

Here is the uncensored version of the page the author of Mibe'er Hashabbos references: 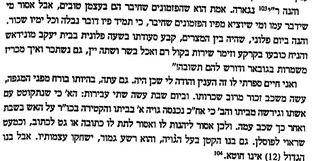 Now, I can't be sure, but I'm almost certain that THIS was the actual reason for the Chasam Sofer's reluctance to recite the zemer of Koh Ribon Olam, and not the other story that was later told by the Chasam Sofer.

I must add the the reference to Shivchei R. Chaim Vital is a mischievous play on the part of the autohr, as I have no doubt that he wouldn't dare refer to it if it wouldn't have been censored. Maybe he should have added the words ויש לו סוד to his note...
Posted at 8:30 AM
Email ThisBlogThis!Share to TwitterShare to FacebookShare to Pinterest