16 Williamsburg rabbis, all of them members of the R. Zalman Leib faction within the Satmar hassidut, signed a letter banning three popular frum magazines: Mishpacha, Ami and Binah (which - as the ban points out - is published by Hamodia). Below is a copy of the ban. 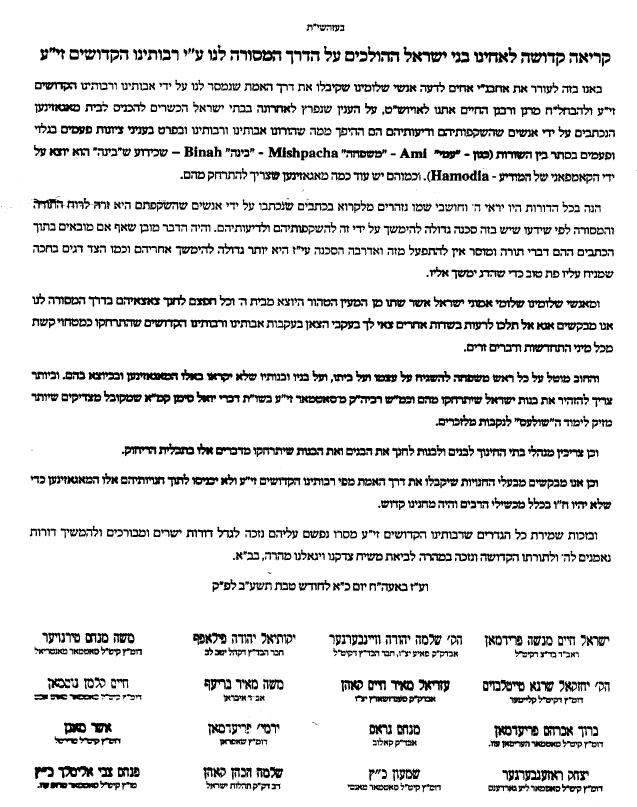 This ban which also includes Mishpacha magazine, has no connection to the Israeli ban on Mishpacha a few weeks ago. Rather, this comes after Ami magazine published an article in which they portrayed the Eideh Hacharedis as moderates who are under siege be extremists, and the recent extremists acts in Bet Shemesh and elsewhere do not really represent their true values. While Ami subsequently published a retraction in which they wrote that they were requested by the Gaavad of the Eideh Hacherdis to publicize that no one is authorized to speak in his - or his organization's - name, and that it seems that some of the acts by the extremists were actually justified and do represent the true values of the Eideh Hacharedis, the extremists in Williamsburg decided that Ami magazine is too liberal for them and therefore a campaign against it was launched. I guess the rabbis decided that since we're already banning, we might ban some others too, so they banned Mishpacha and Binah too. 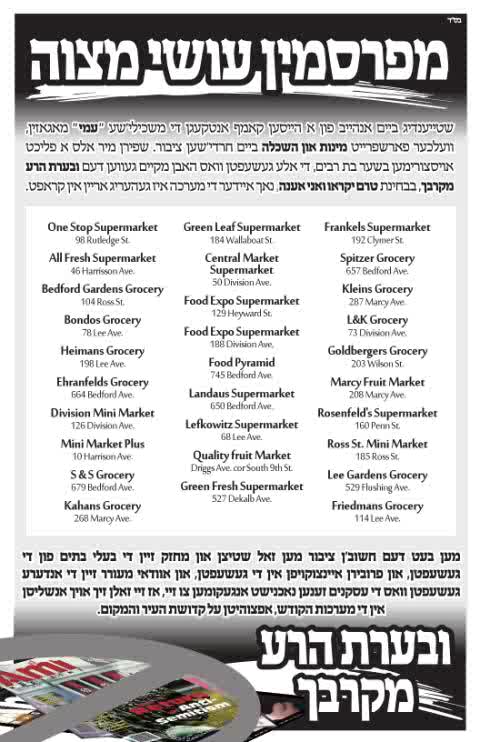 According to this poster (from here) that hung in all Satmar (R. ZL's) Shuls in Williamsburg, 29 groceries have signed themselves up to obey the ban - at least partially, as the Binah magazine was still sold by most groceries on the list. The Muslim-owned newsstand on the outskirts of Williamsburg reported that early Friday morning he was out of stock of Ami.
Posted at 6:11 PM
Email ThisBlogThis!Share to TwitterShare to FacebookShare to Pinterest