Was Satmar Rav a Kofer?

The correct answer is, probably not. According to Rabbi Dov Halperin, Rabbi of Knesset Hasefer, Yardley PA, in accordance with what Rambam and Hatam Sofer write, the answer is: very likely. In his recently published sefer, Rabbi Halperin wrote (Hemdah Tovah [Lakewood 5772], p. 296 n. 143): 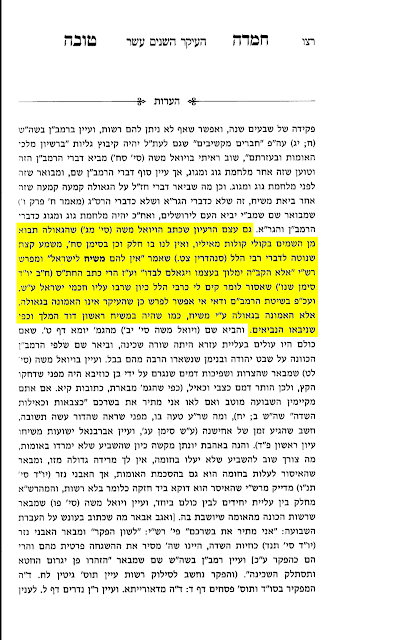 Translation of the highlighted section: The very idea that the Ve-Yeol Moshe wrote, that the redemption will come from heaven with sounds of sounds by itself, and we don’t have any part in it, seems somewhat similar to what R. Hillel said “there will be no messiah for Israel” and Rashi interprets “but God will reign himself and he will redeem them himself” and on this the Hatam Sofer wrote that it is prohibited to say, “I accept R. Hillel’s opinion” since the sages of Israel outnumbered him, see there.


Rabbi Halperin’s claim is actually much bolder than it seems. Not only is it prohibited to say I accept R. Hillel’s opinion, but in fact, the Hatam Sofer writes that someone who says it is guilty of Kefira! I.e. according to Rabbi Halperin, the Satmar Rav’s view is נוטה לכפירה.

Here's the Hatam Sofer in his own words:

Trans.: Behold, R. Hillel in BT Sanhedrin 99a said, “There is no messiah to Israel”, and Rashi explains that [there is no messiah,] but God himself will redeem them, without an emissary. And this interpretation [of R. Hillel’s words] is compelling… of course, even according to R. Hillel there will be a redemption but without a messiah king. And even with this, the Halakhah is not according to him, and whoever says there will be no messiah and I accept R. Hillel’s opinion, is a kofer in the whole Torah, and that’s so because we go after the majority, and since the majority ruled otherwise than R. Hillel, no person has the right to go after [his opinion].

Of course, as Dr. Marc Shapiro’s has long argues, “traditional Jewish theology has allowed for much more latitude than found in [Rambam’s] Thirteen principles” (The Limits of Orthodox Theology [London 2004], p. 2) and “many outstanding sages did not regard the Thirteen Principles as the last word in Jewish theology” (ibid.) But according to Rambam himself, anyone who deviates from his formulation of the Thirteen Principles is guilty of kefirah, heresy. And according to the Hatam Sofer, one who accepts R. Hillel’s view on the Mashiah (even if only with Rashi’s interpretation) is also guilty of heresy. Is this the case with the Satmar Rav? Yes, says Rabbi Dov Halperin.


While I think Halperin has a point, I also believe he is exaggerating. There can be no doubt that the Satmar Rav believed in a human Mashiah. He mentions it countless times in his magnum opus, Ve-Yoel Moshe. Therefore, according to the Hatam Sofer, the Satmar Rav is not guilty of kefirah. But the Satmar Rav does have some very interesting views regarding the Ge'ulah, the Final Redemption, which are probably not what Rambam had in mind with his 12th Principle. Was he a kofer according to Hatam Sofer? I think the answer is, no. Was he a kofer according to Rambam? well, I think he comes close. Very close. In a future post, I hope to elaborate more on the Satmar Rav's opinion regarding the redemption and why I think it may violate the 12th Principle of Rambam's 13 Principles.

Posted at 8:00 AM
Email ThisBlogThis!Share to TwitterShare to FacebookShare to Pinterest